The headquater building of U.P. Rajya Krishi Utpadan Mandi Parishad is a ten-storeyed structure positioned diagonally on a five-acre site.

It is one of the most distinct and celebrated architectural works in Lucknow.  On entering the campus, a huge, open podium surrounded by green planters and facing a flush lawn in front of the building is seen.  This has been achieved by keeping the parking at bay in the rear portion. Services that have been located along the periphery of the site can be accessed without causing any interference.

The building is symmetrically organized around a central axis,  two sets of identical office facilities have been provided on both sides of the central atrium A 6m * 6 m grid has been adopted to facilitate flexibility in the interior layout.  Extensive use of curtain wall glazing utilizes the structural system to its maximum and enhances transparency and continuity within the building as well as with the external environment.  The Spatial organization of the building responds to the climatic rationale.  Working spaces and large conference halls have been placed on the northern and southern sides with minimum exposure to the sun, whereas the service cores (Staircase, lift block) have been placed on the eastern and western sides in the inner atrium, a large column of trapped air in automatically conditioned against the external atmosphere, helps regulate the temperature within.  The main dome at the top atrium is made to rest on four RCC columns with a circular ring beam at the base of dome, which negotiates the transfer of load through the bearing between the columns and ring beam.  the external walls have been rendered with stone grit in white interspersed with terracotta color horizontal bands to demarcate successive floors

This exquisitely delicate color scheme lends a feeling of uniformity to the fabric of the structure with a certain dynamic rhythm produced by mixture of horizontal, vertical and oblique lines co-existing in harmony.  The building’s main characteristic is the combination of playful masses is geometrical built form.  The front of the building has been confronted with the curtain glazing placed between solid ends and anchored on top by means of concrete beams and large cantilevers.  Fire escapes have been utilized as an external feature of the building facade.  The building stands out from the rest by virtue of its interesting external profile, impressive silhouette and forceful nature. 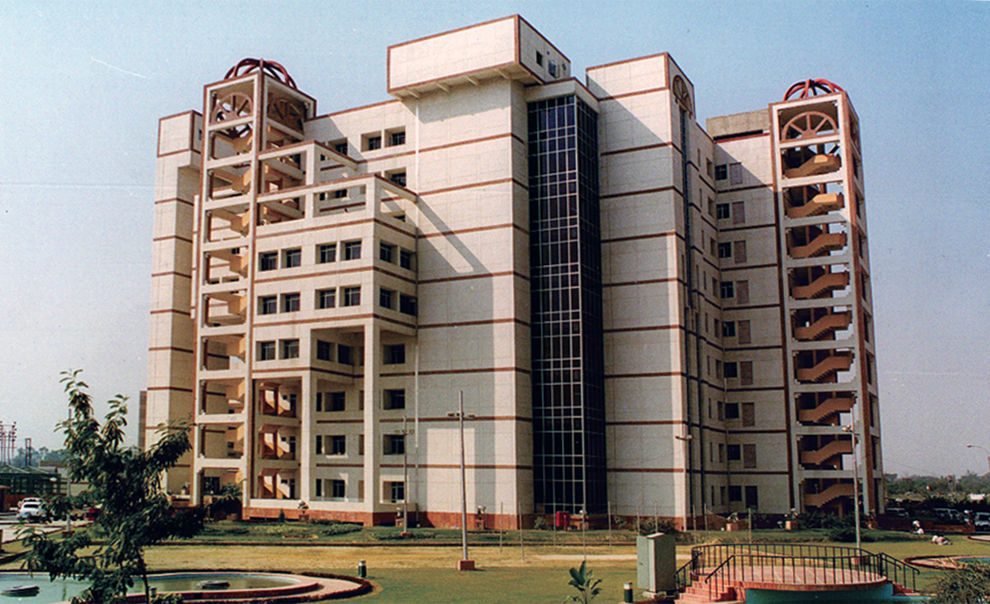 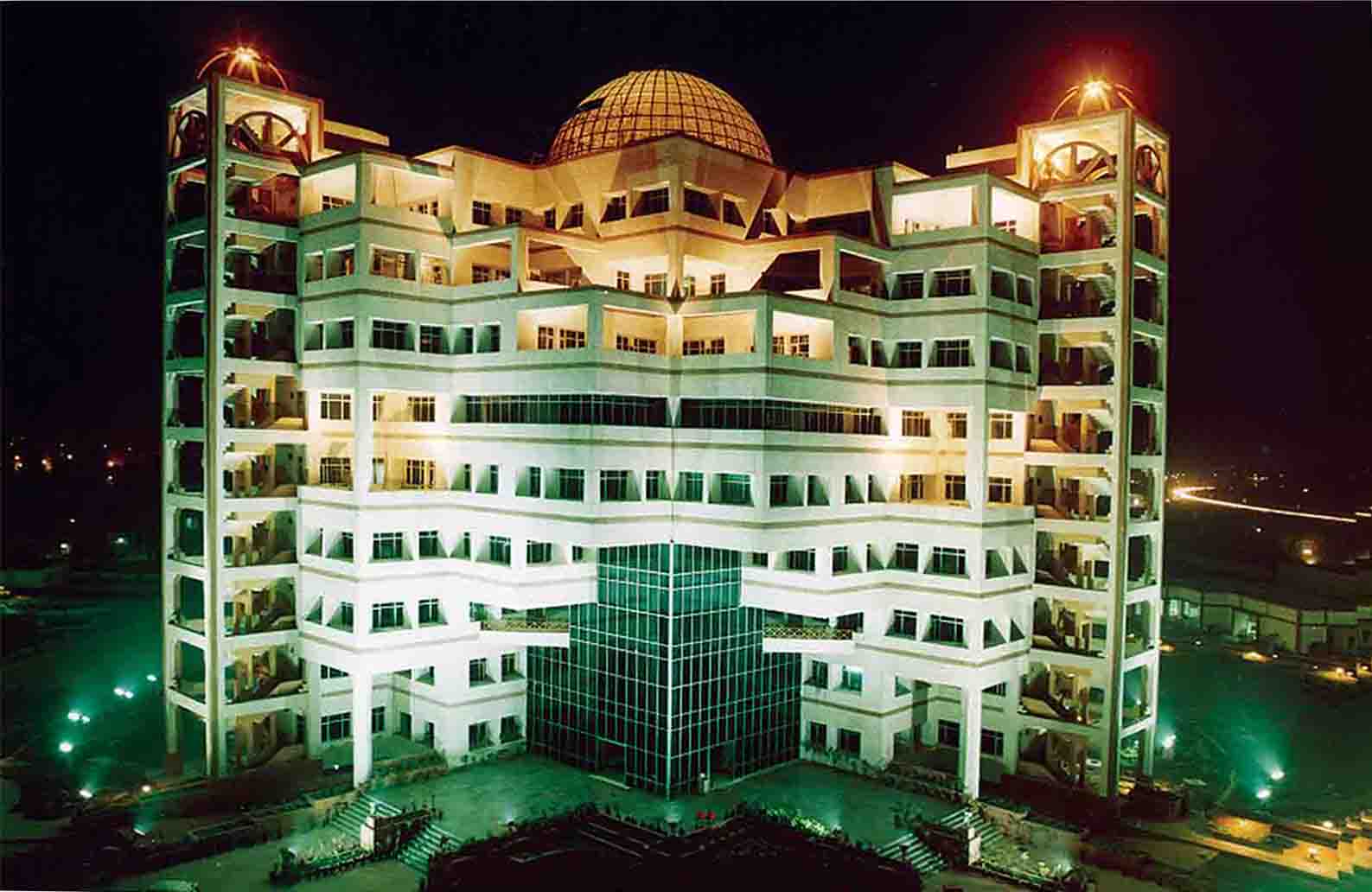 Puratata Bhawan is the Headquarter Building for the Archaeology Department, Govt....